This post will be a little here, there, and everywhere. I’m trying to squeeze, you know, two months of the kids into a single post. Big breath in. Here goes!

Corban has started drawing IDENTIFIABLE objects!
We found this website that he can click through himself.
Very step-by-step, and he loves it! 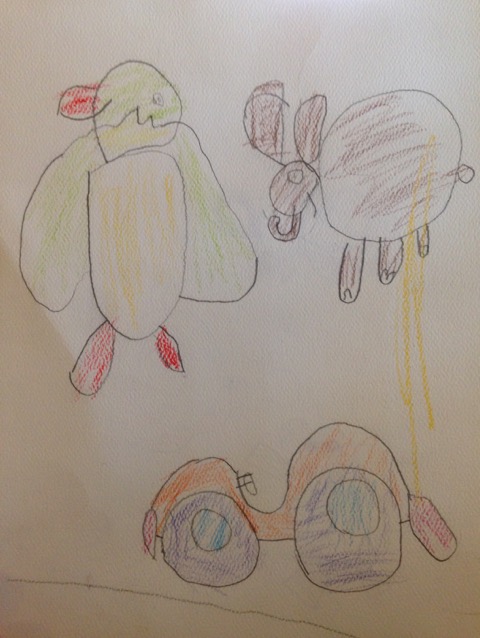 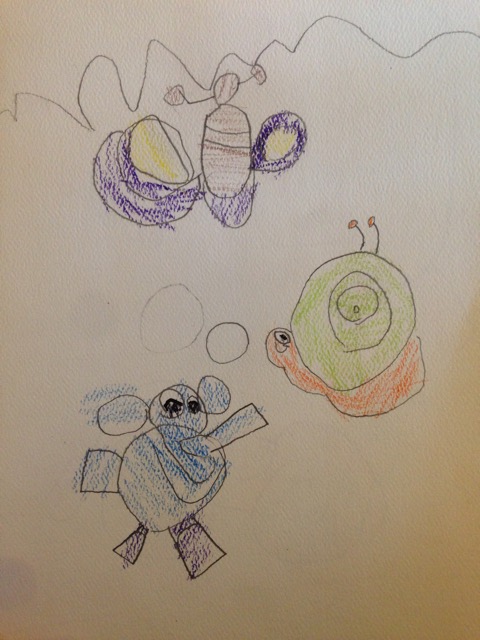 We were waiting in the World’s Longest Line at the post office.
We were all tired, so they found themselves a seat.
This is also the time I nearly lost Liddi crawling out the door
while I re-addressed the package. Thankful for the kindness
of small town strangers. And also for leaving. 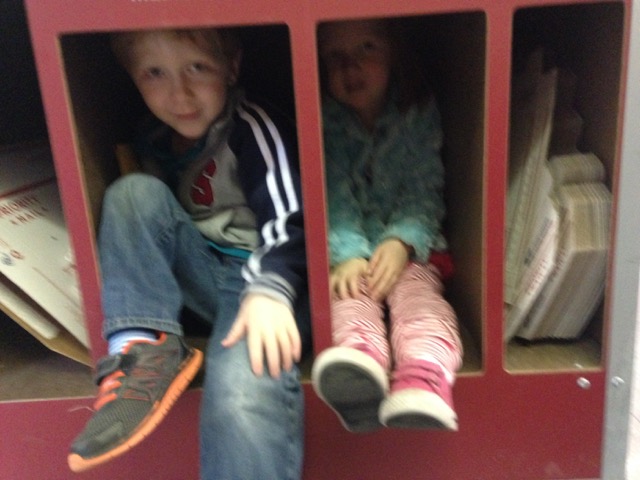 When Jaeda plays cards, she faces them away from herself.
ME: Jaeda, do you have a 1 or a green?
JAEDA: *looks at the backs of her cards* I don’t know!
I don’t see any greens….
Ooooh girlie. 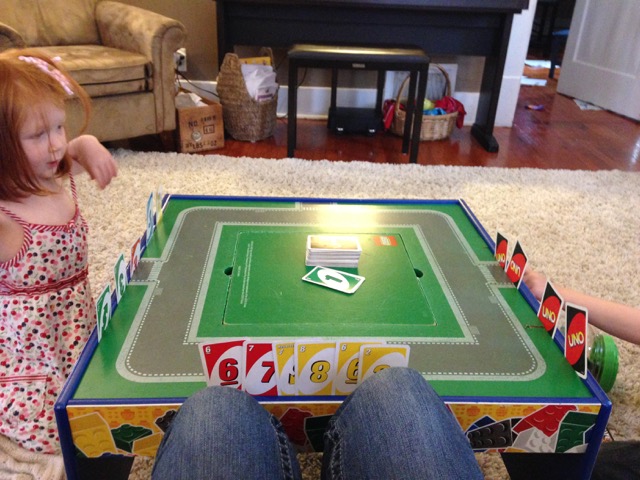 We’ve been finding food in weird places around the outside of our house.
It’s a little disconcerting. And really weird. Waffles, pizza, hot cocoa.
We’re debating on filing a police report. Which is really not how
we like to live with our neighbors. But neither do we like food trash. 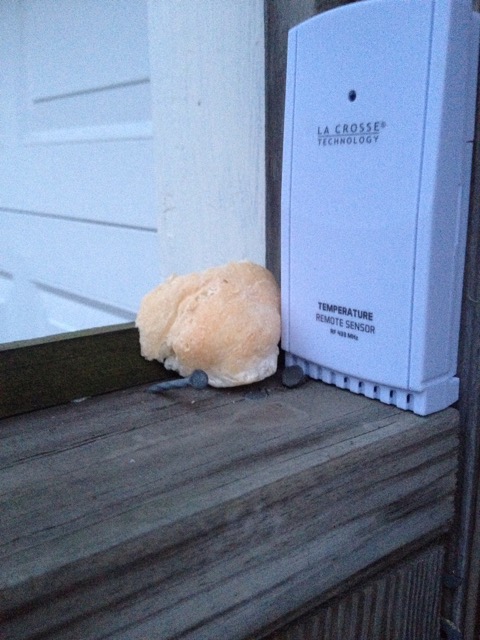 We got a new dishwasher with our Christmas money.
Best part (besides having dishes that don’t need to be
re-washed!) was seeing the pink tile and wallpaper behind. 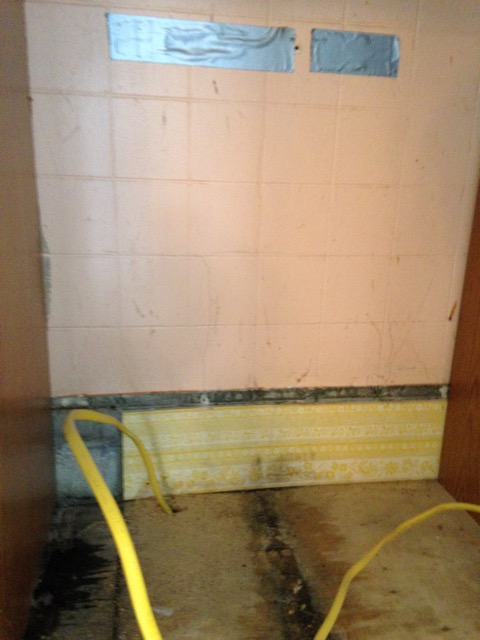 The kids are constantly tying their guys up, making them
climb or be rescued or whatnot. This time Snow White
was saving Batman. Hey, everyone needs a hero sometime. 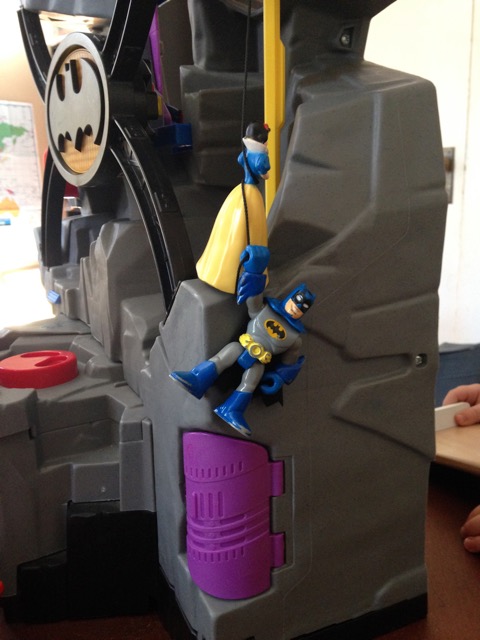 We’ve been doing lots of drawing these days.
After I completed my Batman head, Jaeda insisted
on giving him a body, legs, arms, and…a tail.
“Oh Batman,” she squeaked, “you’re the cutest!” 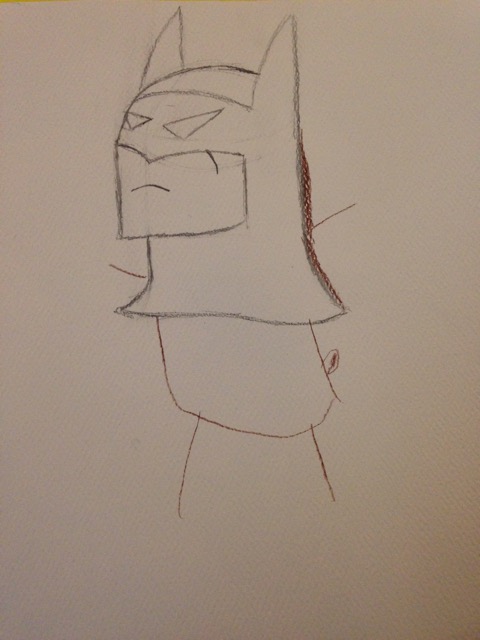 Corban and Flynn always play so hard that they have
to take their shirts off. And then they get cold. Boys. 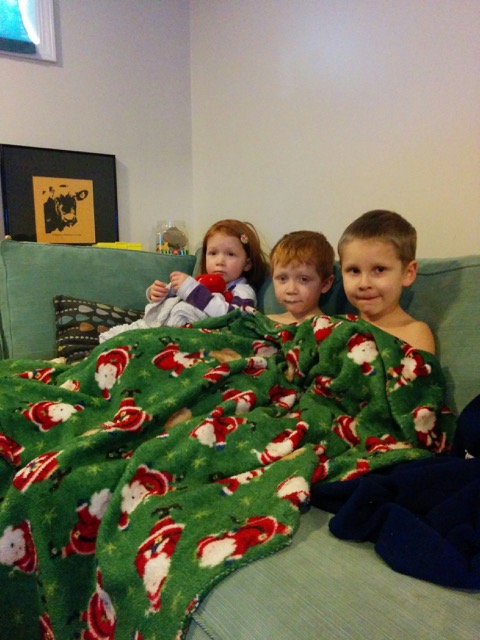 This is what homeschooling with a baby looks like.
And this is why we normally do it when she’s asleep. 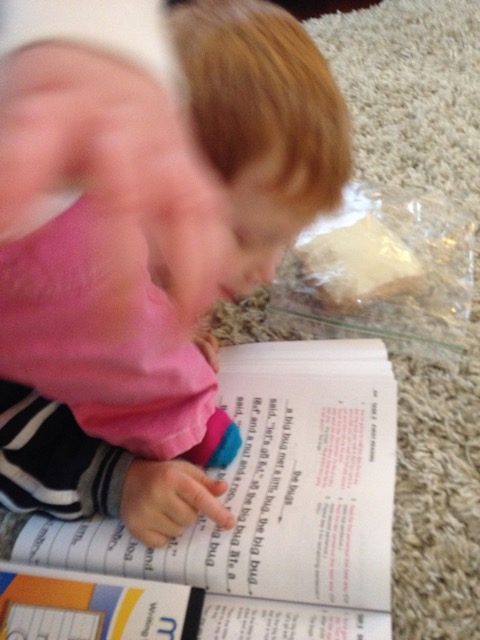 Apparently, this is what happens to a rice sack warmer after two
years of constant use. That started off as jasmine rice, just btw.

This is our current way we get to the library.
Yep, Corban’s graduated to walking!
Biking when it’s not slick out. 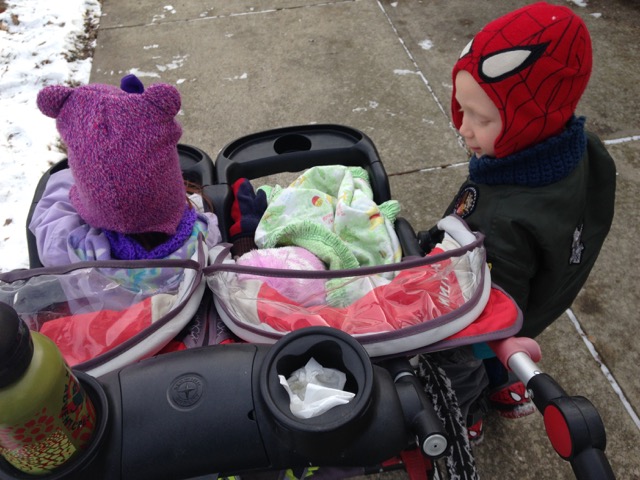 For lunch, I usually let their guys join us.
They now bring props to help their guys
be able to see the delicious food they’re eating. 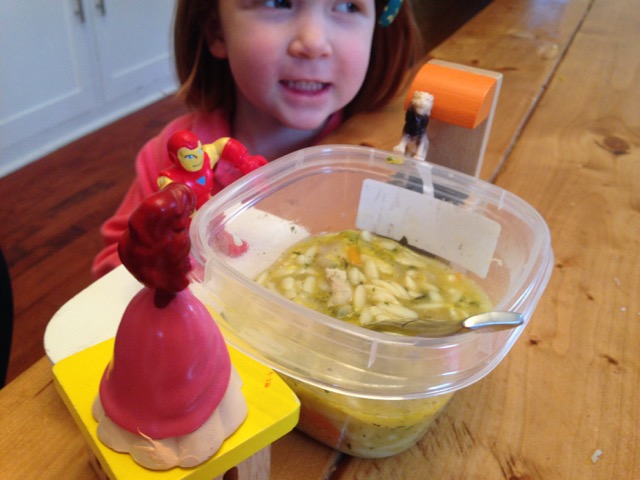 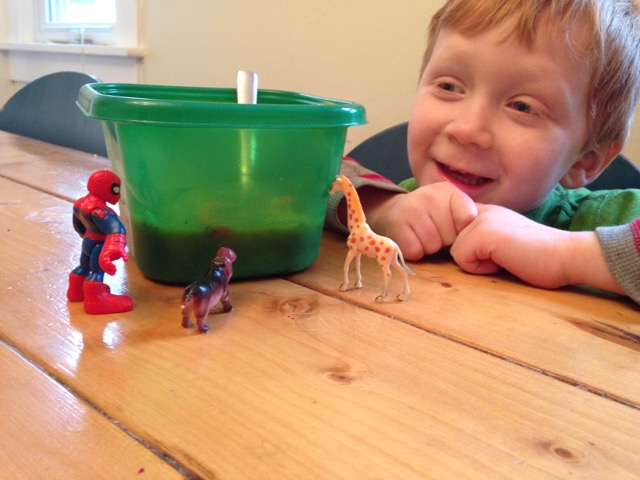 Oh my, this pic. This is not about the bed making.
I had just finished washing Jaeda’s sheets and made
her bed for her. Corban’s were still drying. No, this is
about their headboards. We have one hoarder and one,
hmm…neat freak is too strong of a word (being one myself,
I don’t give that word to just anyone!), but definitely NOT a
hoarder. James and I giggled so much when we noticed this. 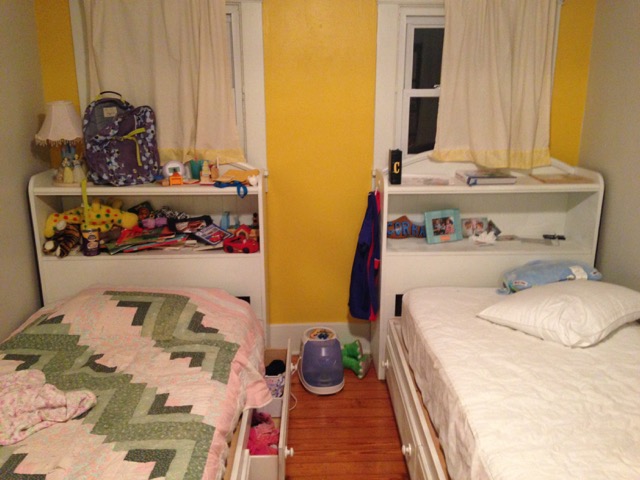 And this. A picture of two friends who’ve journeyed together
these last five years. And whose paths are dividing by way of a
move. Just three hours away, but enough to no longer be weekly
playmates. We’ve only cried once or twice because we just can’t let
ourselves go there. Not yet, anyway. It hasn’t happened, so it’s not real.
Right, Becca G.? She’s my little sister’s age; I’m almost her big sister’s age.
It’s been a sweet ride, but I’m only excited for the future God has for them!
{{hugs}} 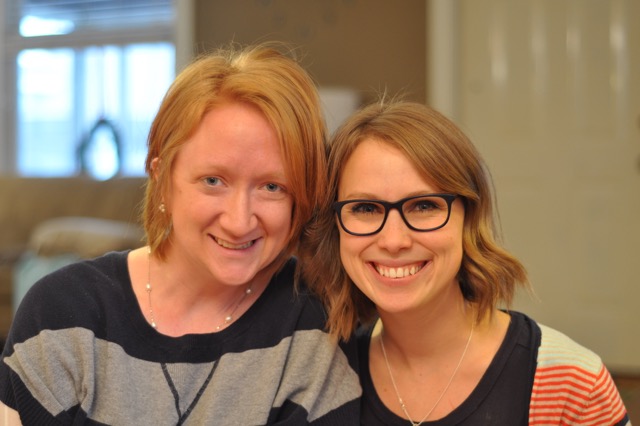