This year’s Art Gala was held in support of

Carrie and I set up art stations to corral the kids while their parents bid on art.
Enter the chaos: 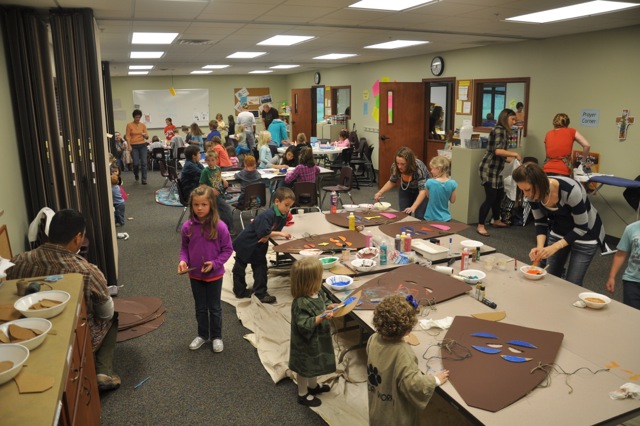 Do you feel stressed? Almost 50 kids! 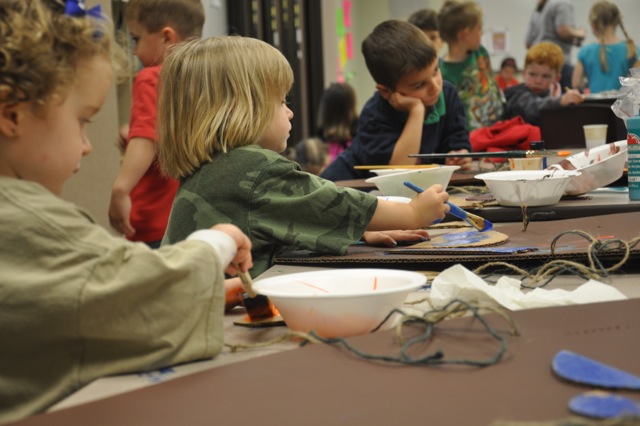 There was even chaos on the ground level! 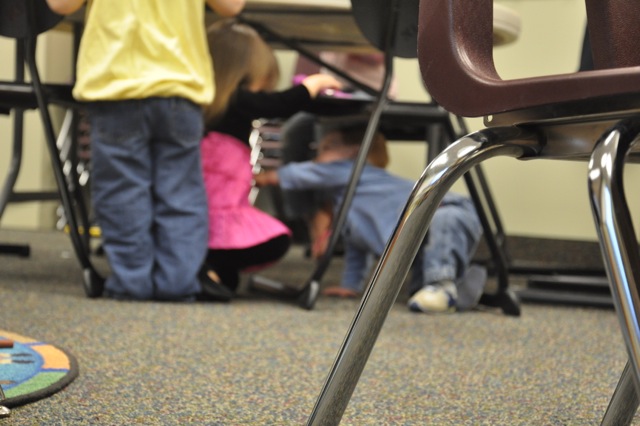 It was organized chaos.
You’ll just have to trust me on that. 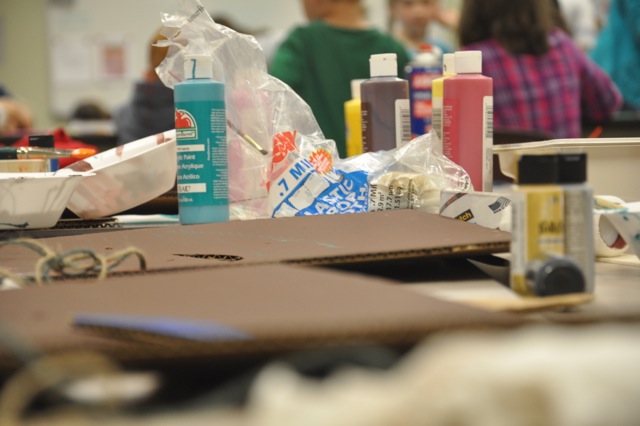 Station #1: Using fabric transfer crayons, kids designed their own t-shirts.
This was inspired by the cotton industry in Cameroon. 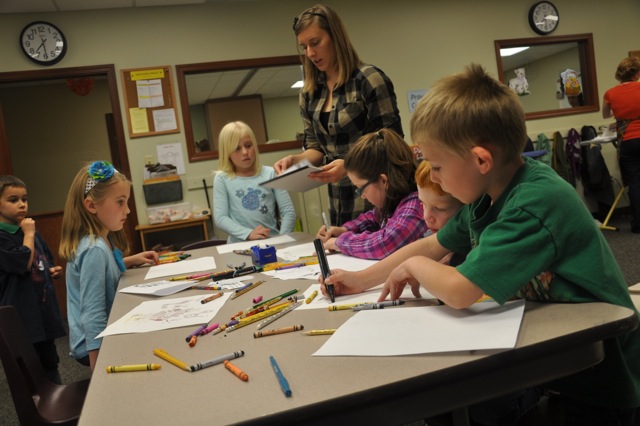 We then ironed the designs right onto the t-shirts.
They turned out great! 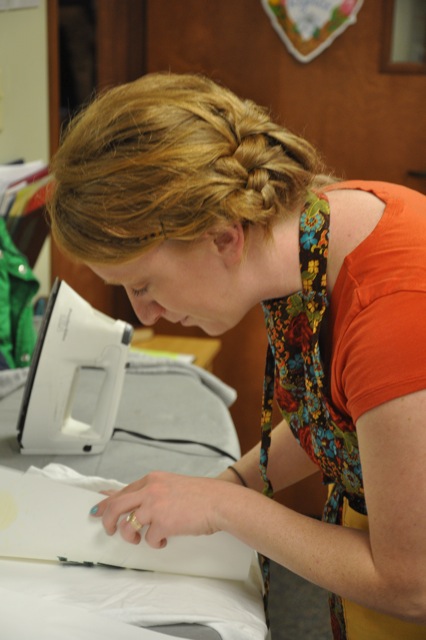 Station #2: Masks, inspired by the Bamileke peoples from Cameroon.
(That’s Cute Carrie in the black.) 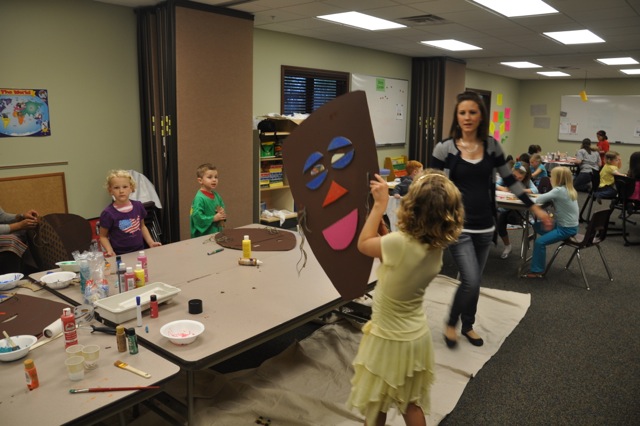 Station #3: Using popsicle sticks, the kids designed a flag from either country. 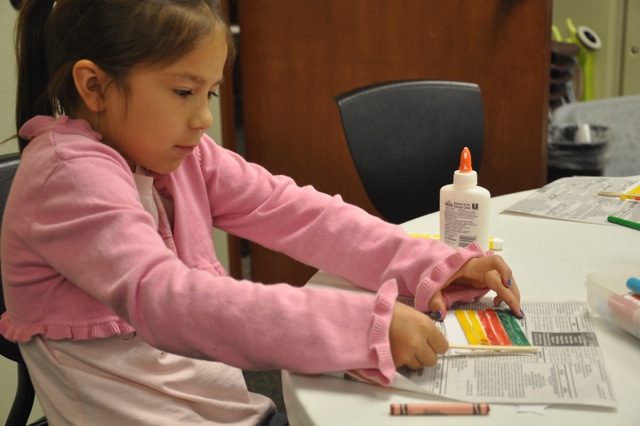 Station #4: Be a Missionary NOW bookmark.

A nice and easy coloring breather in the midst of all these intense projects. 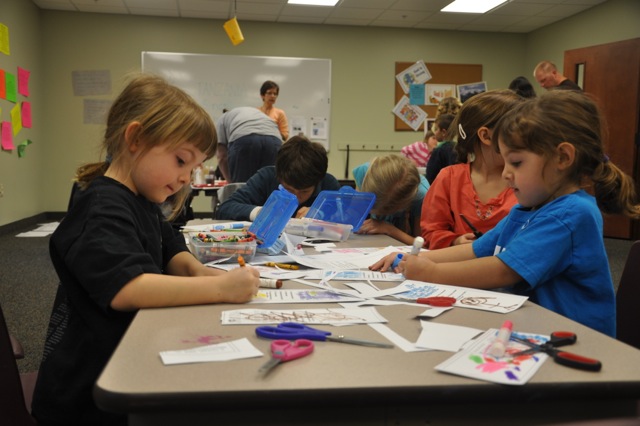 Station #5: We found a Tanzanian rock artist, who inspired this station. 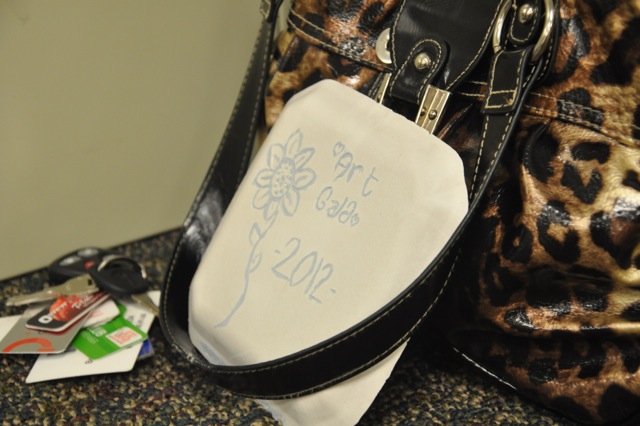 The kids etched into plaster of paris and painted it with earthy tones. 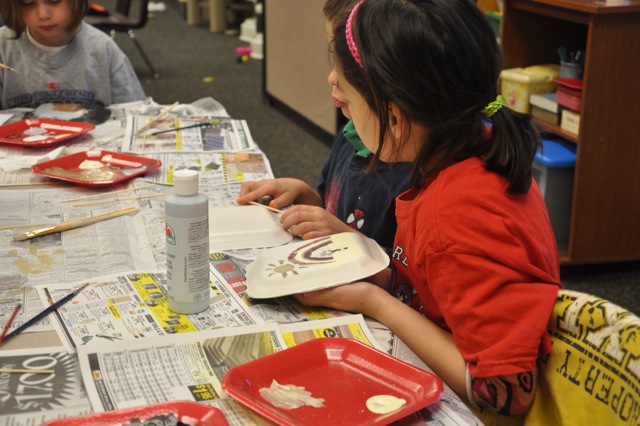 Station #6: Kids dyed rice as they chose,
inspired by the rice grown in Tanzania.
We baked it to dry it out and let it cool. 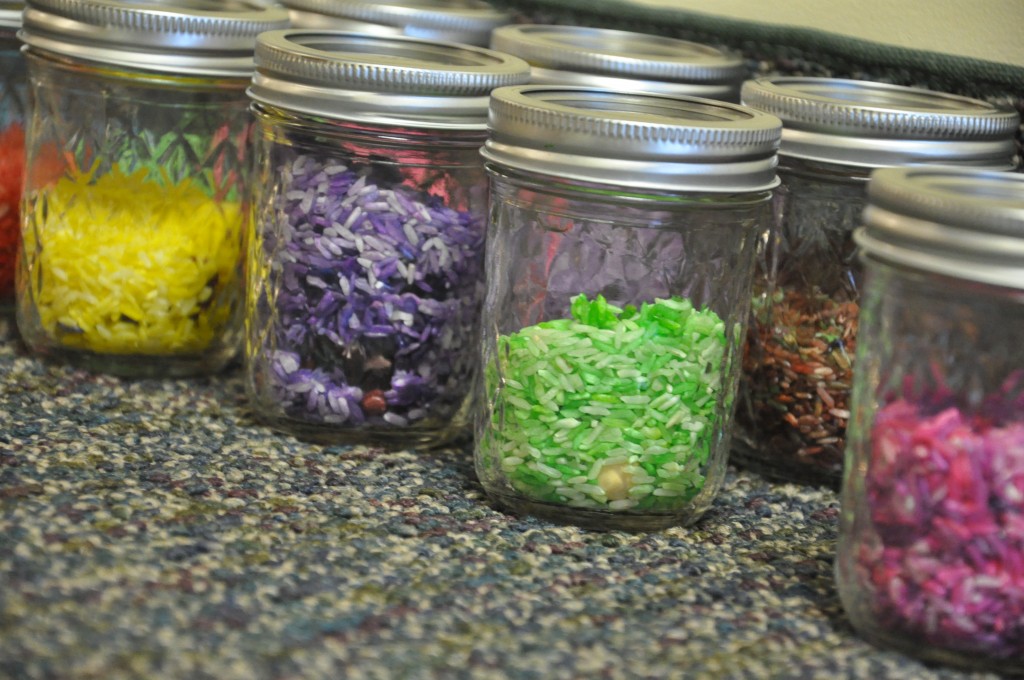 Then kids chose six different items to place inside
a mason jar and covered the items with their rice,
creating a seek-and-find game. 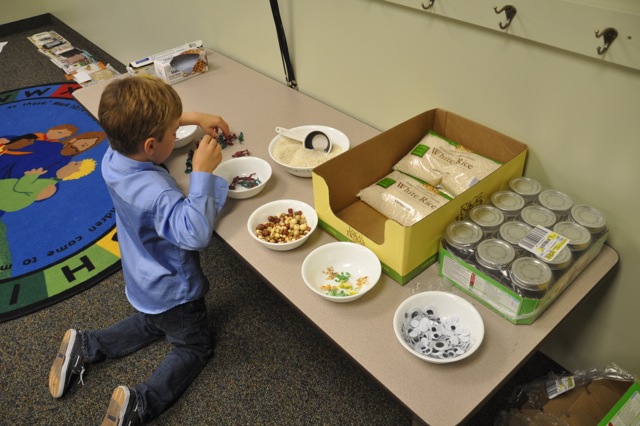 A little breakdown of what the items represent (because I love intentionality!).
This will help the kids use the game they’ve created as a prayer tool, as well!

Pennies: we can support missionaries with our money
Frogs, Lizards, & Wooden Beads: different cultures, different daily experiences
Wiggly Eyes: pray for the missionaries (and us!) to be looking for opportunities to share Christ
Army Guys: we are soldiers for Christ; missionaries (and all of us!) are fighting a battle for people’s lives! 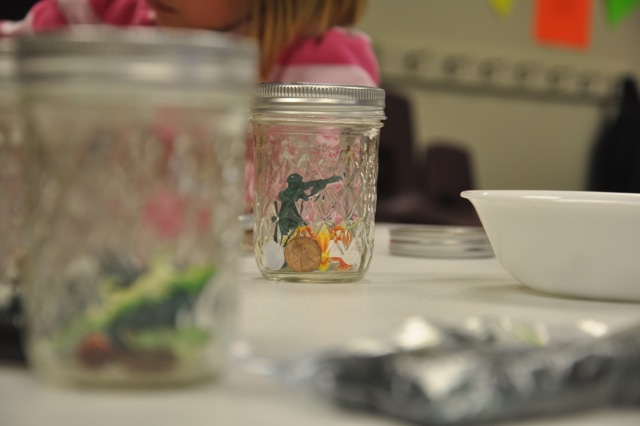 Video & Snack Station:
While we watched a movie about famous missionary Jim Elliot,
we ate bananas sprinkled with coconut and cinnamon, in honor of Tanzania…

…and Cocoa Coconut Balls, in honor of Cameroon. 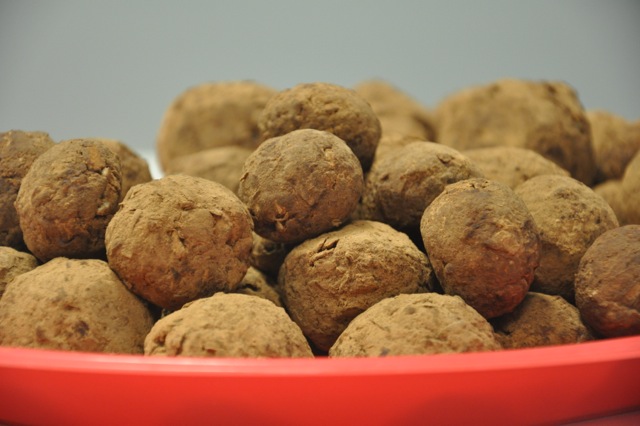 Corban’s lifelong station: Going up the steps and down the slide just will.not.get.old for him! 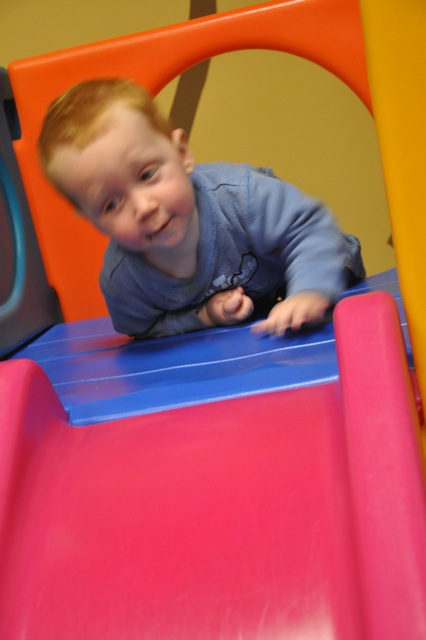 Believe it or not, we had an entire station that we didn’t
even get to, since we just didn’t have enough volunteers!
We had large photos printed of each of the missionaries
with quotes to spur the kids on in their quest toward Christ.
They were to create mosaics with construction paper,
like this boy did here with Tiger Woods. 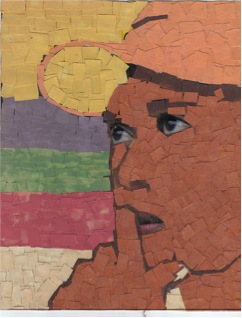 But we decided we were plenty busy with the stations we did have.
(I heard that amen, volunteers!) ;)

While we in the kid department didn’t raise money
(although, we had some pretty great artists, if I do say so myself),
we did allow the parents to be freer with their wallets.
Wanna know how much they raised?
Over $7,000! Praise the Lord!