Posted at 06:52h in Corban, Jaeda by The Redheads 0 Comments
0 Likes

After riding a two-wheeler with training wheels most of last summer, we had Corban try a balance bike. It took him a while to push his feet against the ground versus pedals. But he became quite adept at it and was lifting his feet up, gliding, for longer and longer periods. So. Two weeks ago, with a burst of warmer weather, we pulled out the two wheeler, sans its trainers, and put Corban on. It took him about five minutes of James holding on to his bike and another five minutes of James running next to him and then BOOM, he was off! (The video below is from his first attempts to about thirty minutes later; improved so much in that time!) We’ve extended our sidewalk boundaries. They used to be driveway to driveway, but this biker needs more space! He’s allowed to go nearly the entire block (so long as I’m outside too). So big. 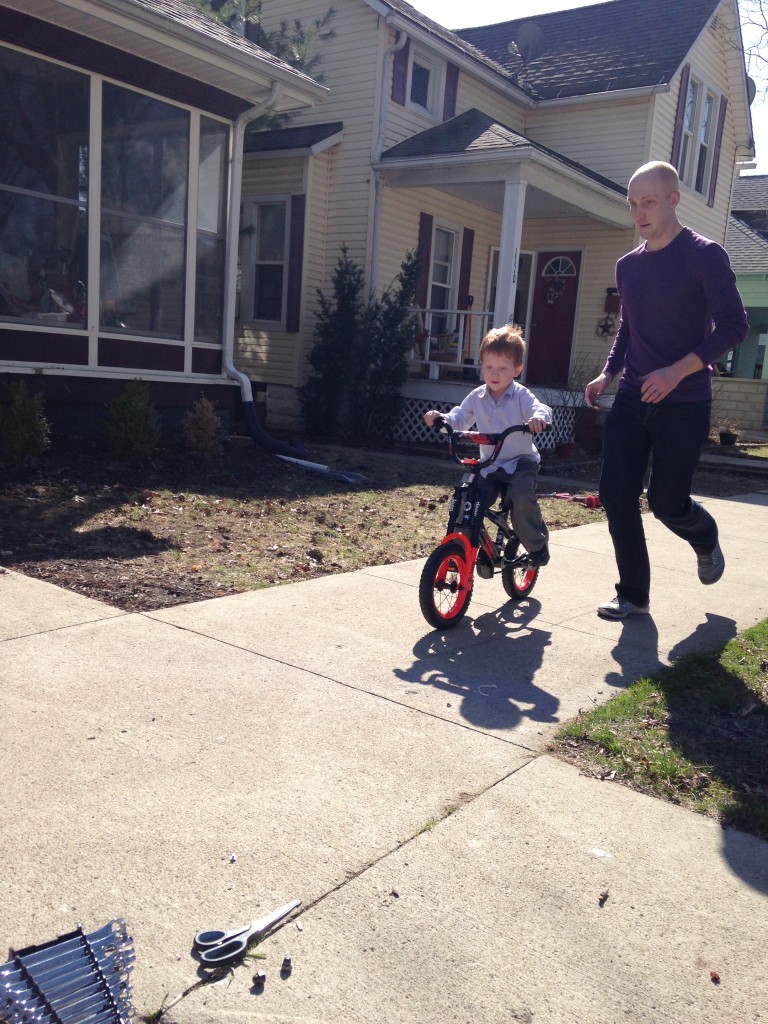 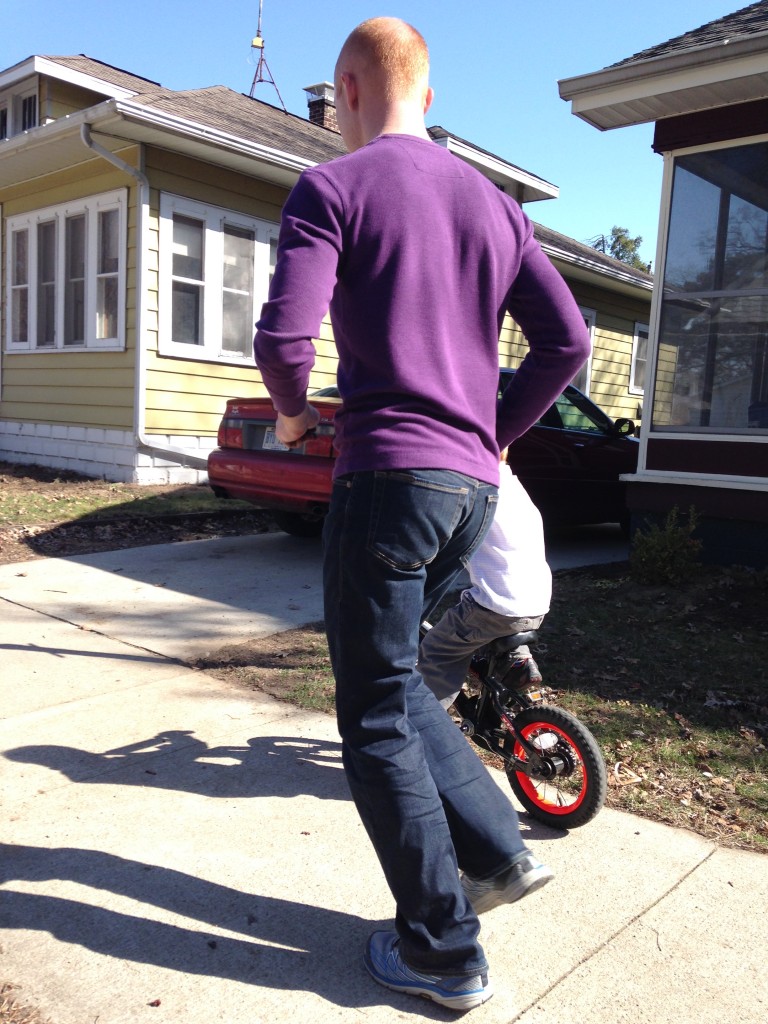 And Jaeda has been tricycling and scootering with gusto. She’s just the cutest! Isn’t that hat amazing?! My friend Jami made it for her. She’s got more style than her mama! 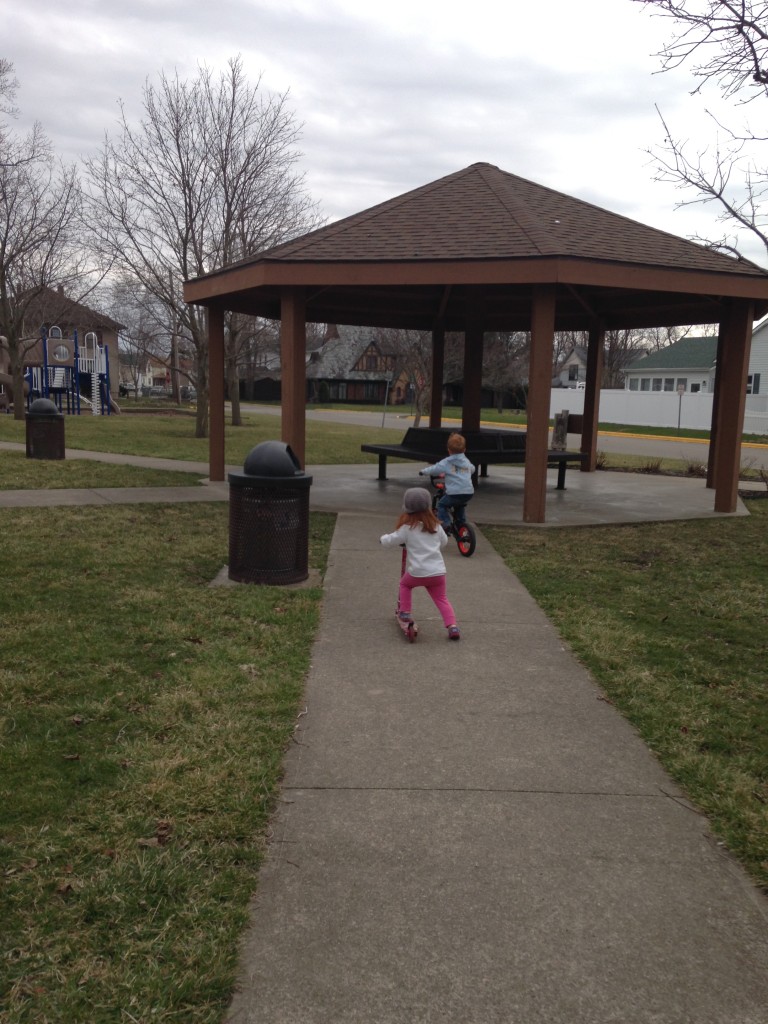