Love is on the ice.

Posted at 21:53h in James, Sarah by The Redheads 0 Comments
0 Likes

Is it too late to write about what we did for Vday? ‘Cuz I think it was about a year ago. March was loads of babysitting and preparation for the Art Gala and James’ birthday giant surprise and a gradual losing of a certain 3-year-old’s nap, and suddenly it was April and I forgot where we kept the computer! So if you can place a little freezing love in your hearts, here’s what happened almost two months ago.

My mom asked if we wanted to come up for the weekend so they could watch our kids. No good and godly parent says no to free, loving childcare and time away. Amen. We kept seeing these sweet frozen wave pictures on the beaches of Lake Michigan, and since it’s only an hour from my house, we had to experience it for ourselves. MY, are we glad we did!

The date was wonderful for a thousand reasons, four being exercise, good food, God’s creation, and spontaneity. (Yes, even this Type A girl loves a good bout with spontaneity every now and again.) Oh. And being together. That’s reason Number One, of course.

We drove in the general direction of the lake and hoped we could easily happen upon a town with food near it. After driving around a bit, we stumbled upon a little outdoor ice skating rink to which James said, “Let’s go ice skating!” and I said, “But I thought we were…okay! Let’s go ice skating!” James is a pro. He’s a really great roller blader too. Like, the guy that crosses his legs on the turns and goes backwards and screeches to a halt good. I like to think I’m good at anything I try (which is why I stay away from bowling…and apparently should also stay away from ice skating). It’s particularly maddening to be bad at something that looks so effortless for the 10-year-old boy lapping you every thirty seconds or so. 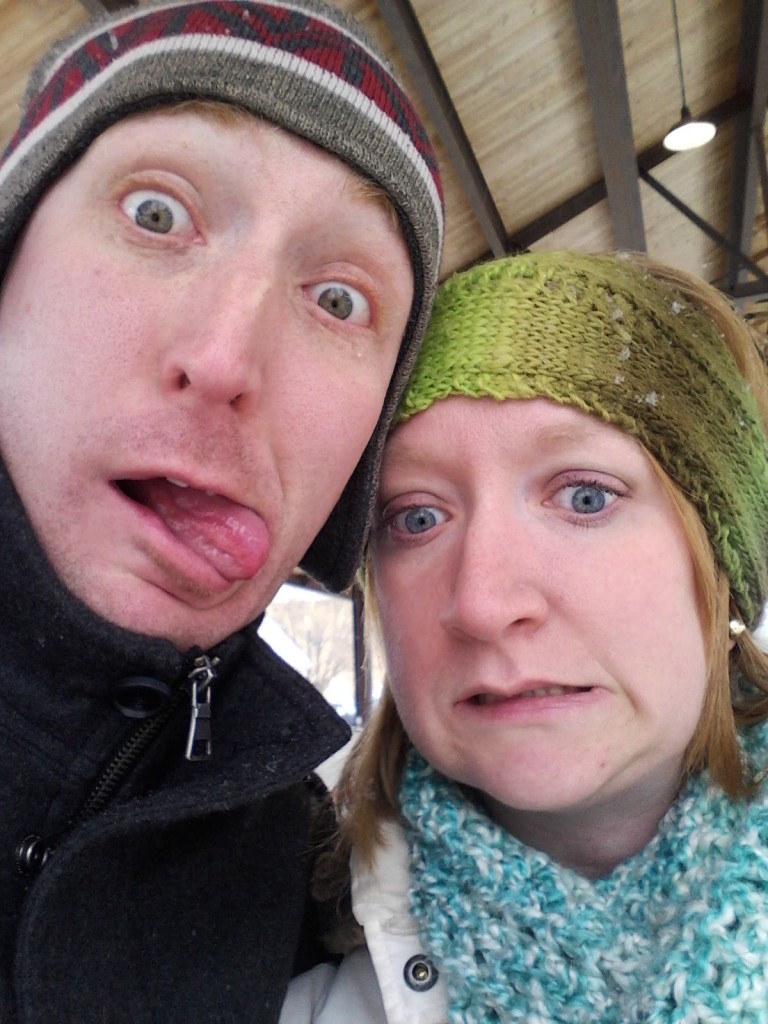 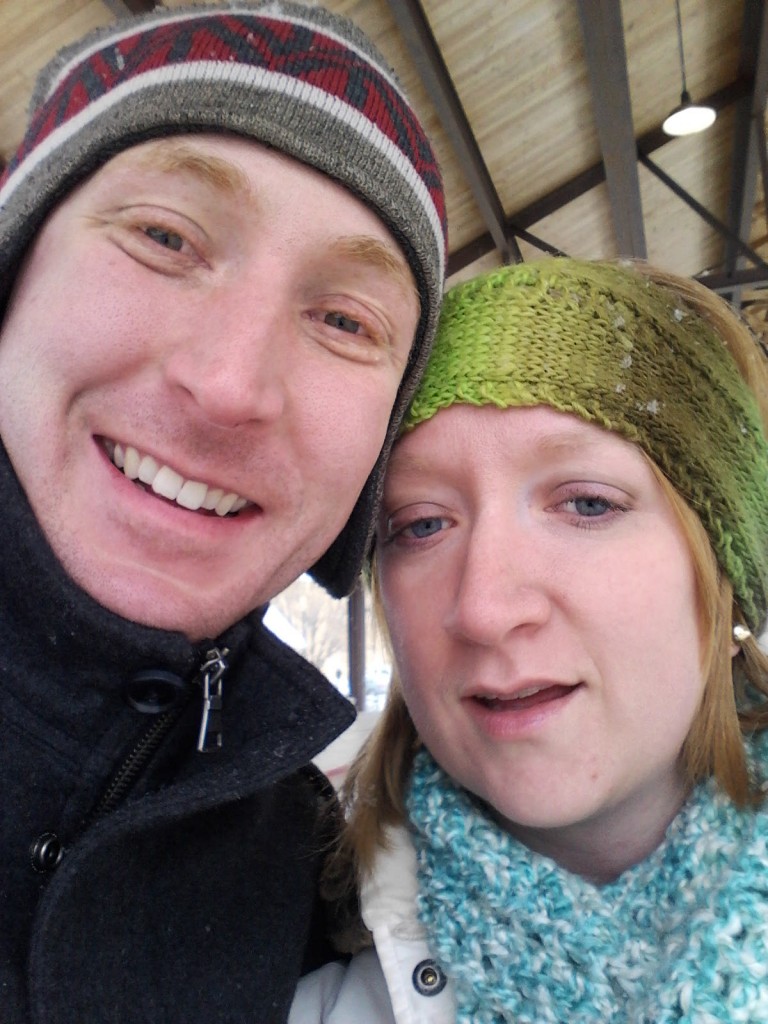 Dinner was next, and the lakefront restaurants didn’t disappoint. We found a cute little tapas place with brown paper tablecloths for playing Pictionary whilst waiting for food. It’s now back on my list of things to stay away from.

By the time we were ready to check out the waves, it was dark. We were the only ones in the parking lot, and suddenly the Rule Follower in me broke into vibrant songs like Should We Even Be Here? and What If We Get Caught? and Are We Gonna Die? James has no such struggles with his inner music artist (which, by the way, exists in rap songs about his kids; betcha didn’t guess that) and quickly pushed us onto the snow-covered pier. It was amazing. Breath-taking. Awe-inspiring. Humbling. I hear people talk that way about the Grand Canyon, and this isn’t nearly as big but had such a profound effect on us! Well, since we said no phones after skating, we couldn’t take any photos, which is why I’m so thankful our friends went during the day (the same day as this small world would have it!) and took their camera! What you see next is all thanks to Jessica Manduka. And God. Well, okay, all God, but showcased by Jess. Thanks, Jess.

the lake was completely frozen 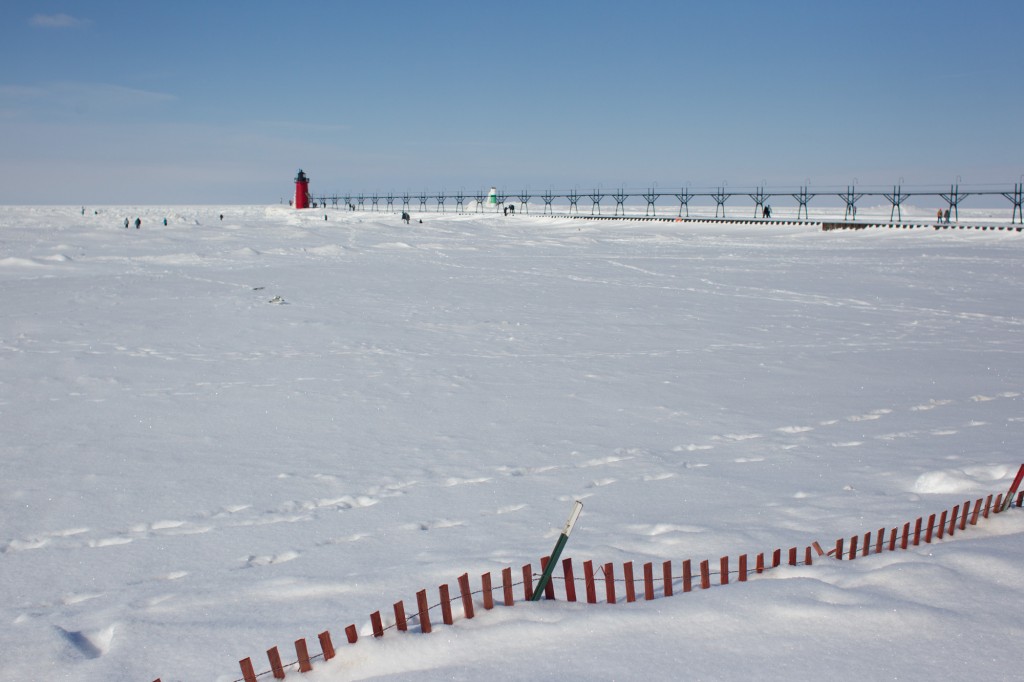 made by waves, not a snow plow 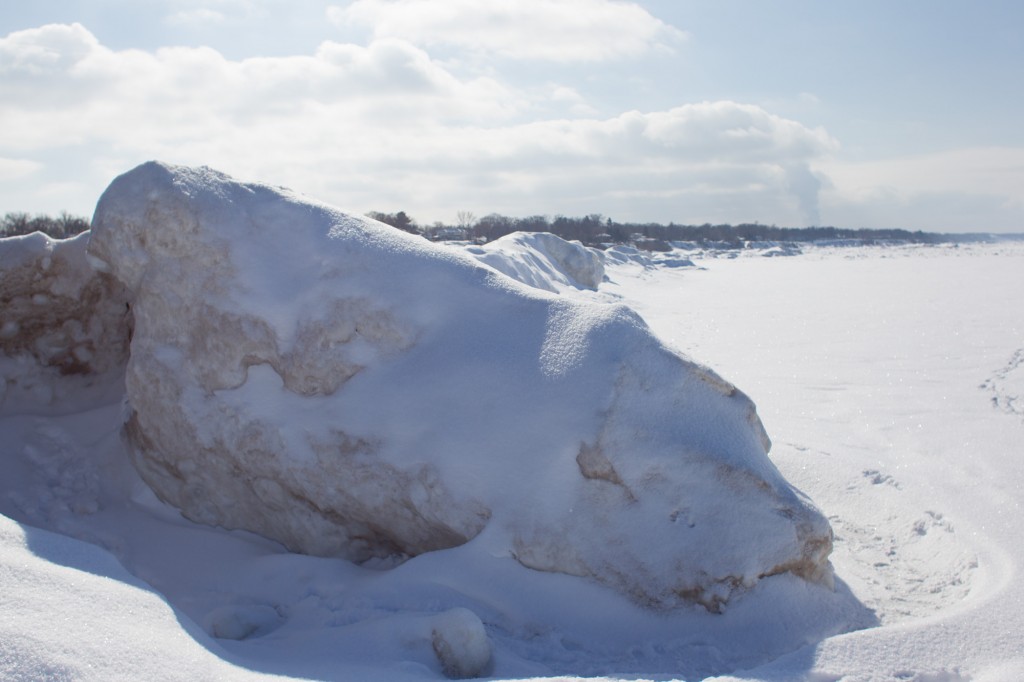 i don’t get why waves formed in some places and not others.
i’m sure there’s a science to it, but it was just incredible! 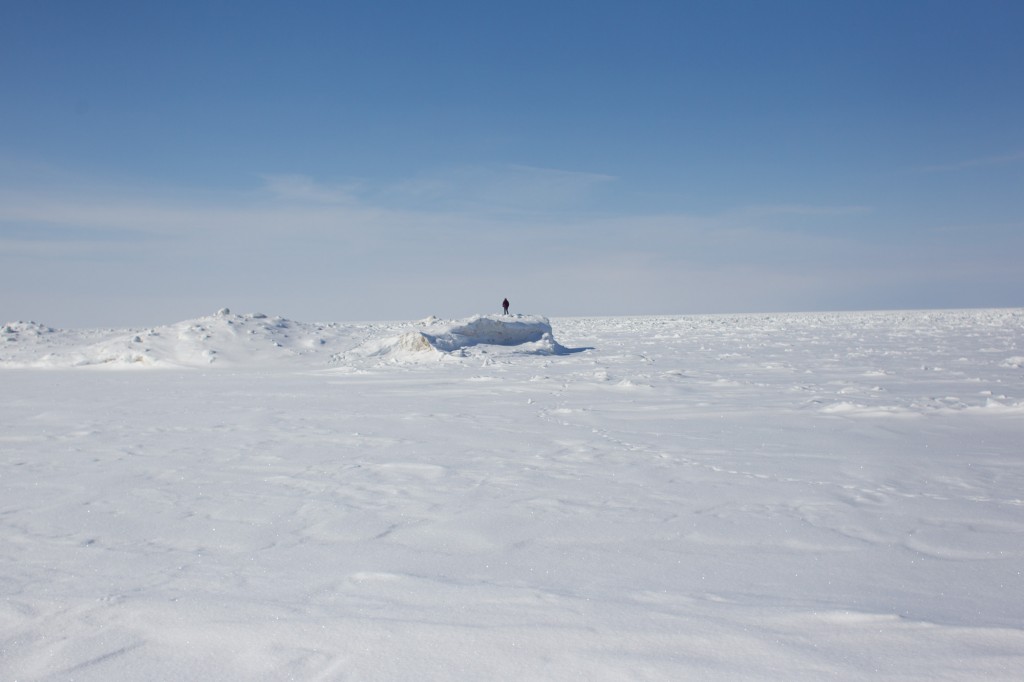 doesn’t it look like the queen of narnia froze this wave in the middle
of its roar and that at any moment aslan could unfreeze
it and it would crash into the lake? 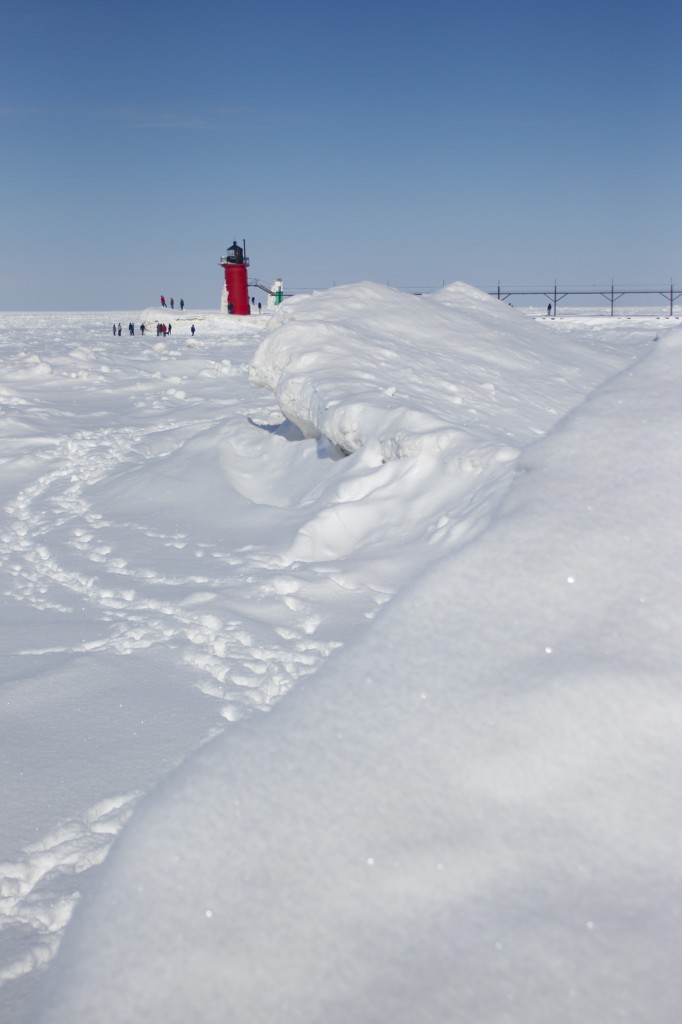 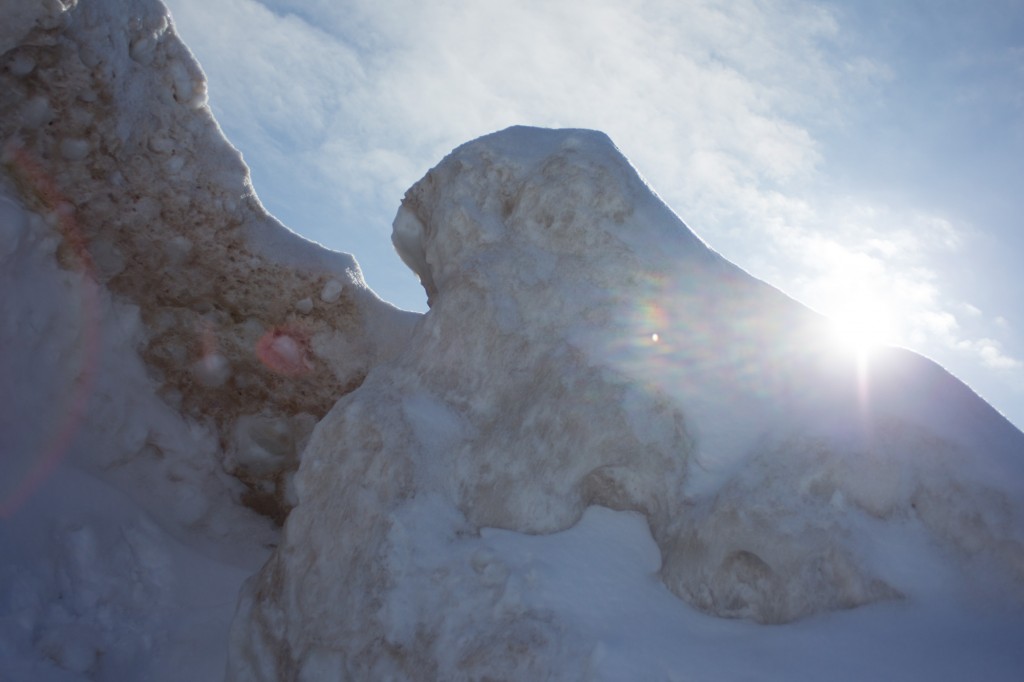 the mountain range of waves 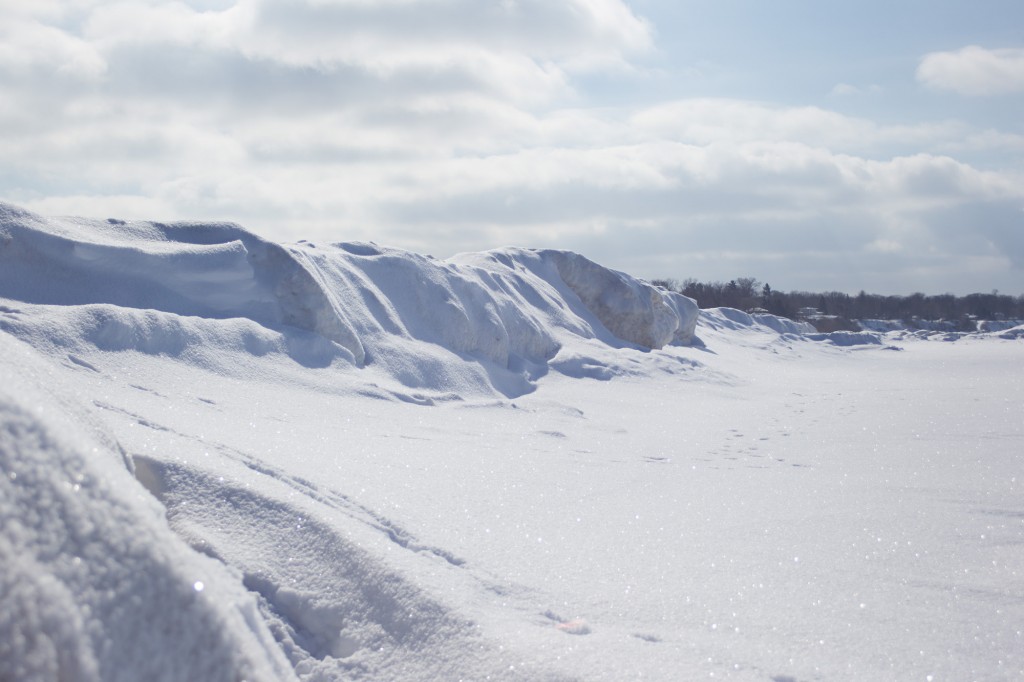 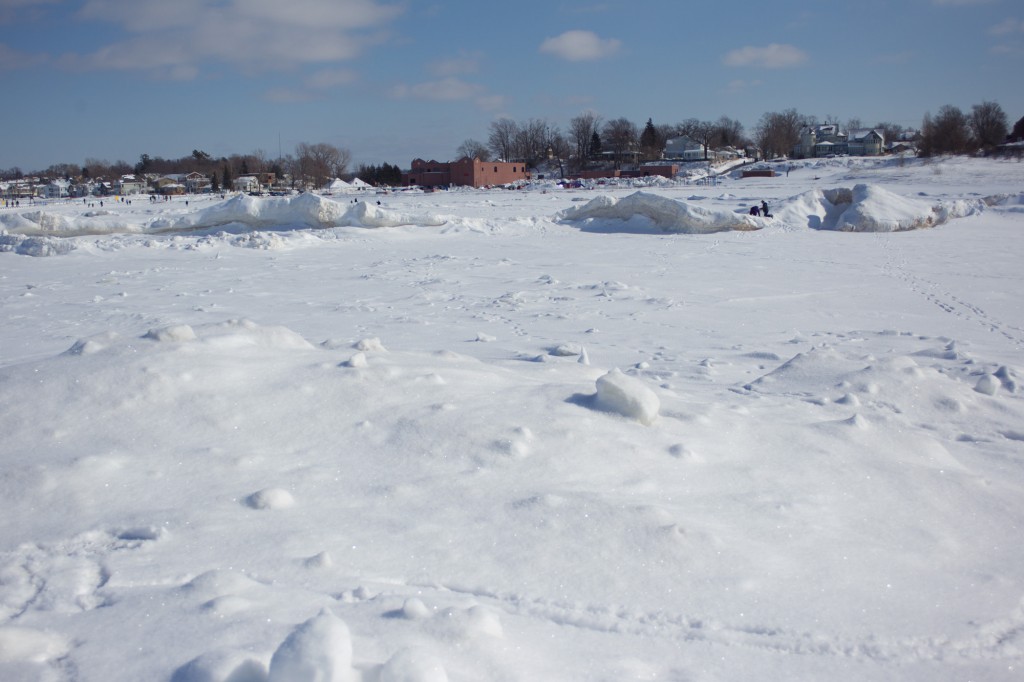 ice shards sticking up from the lake 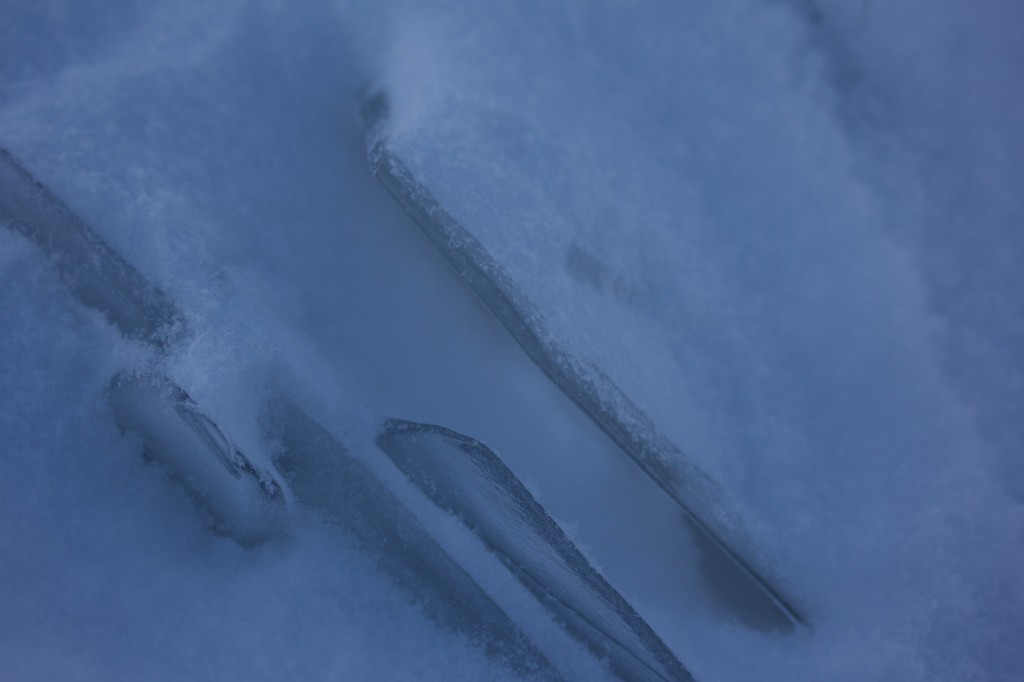 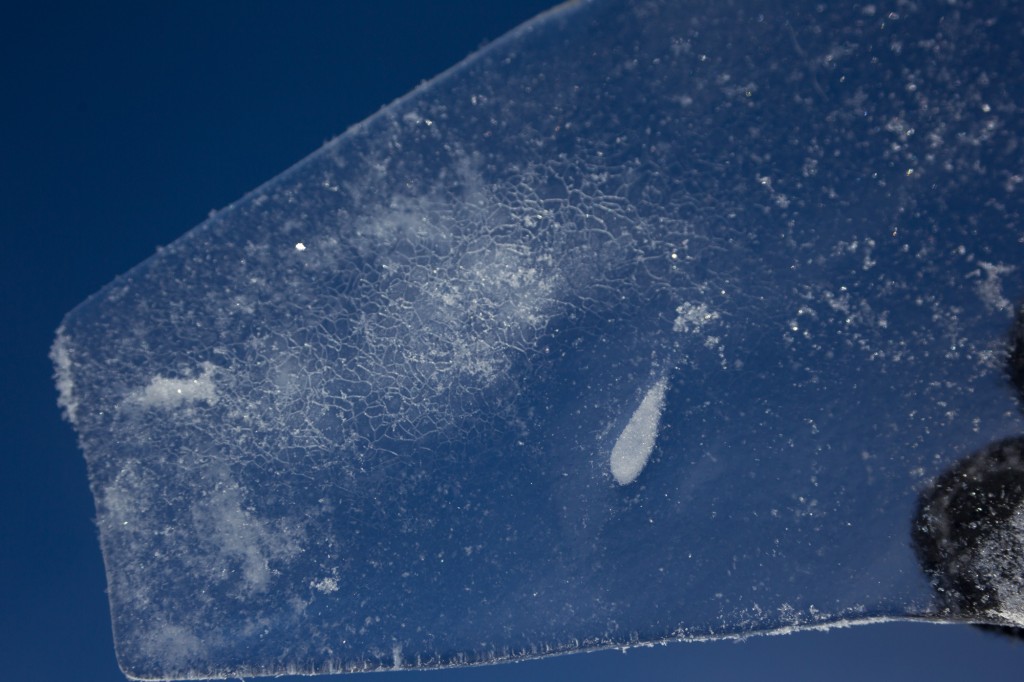 one of the biggest cliffs 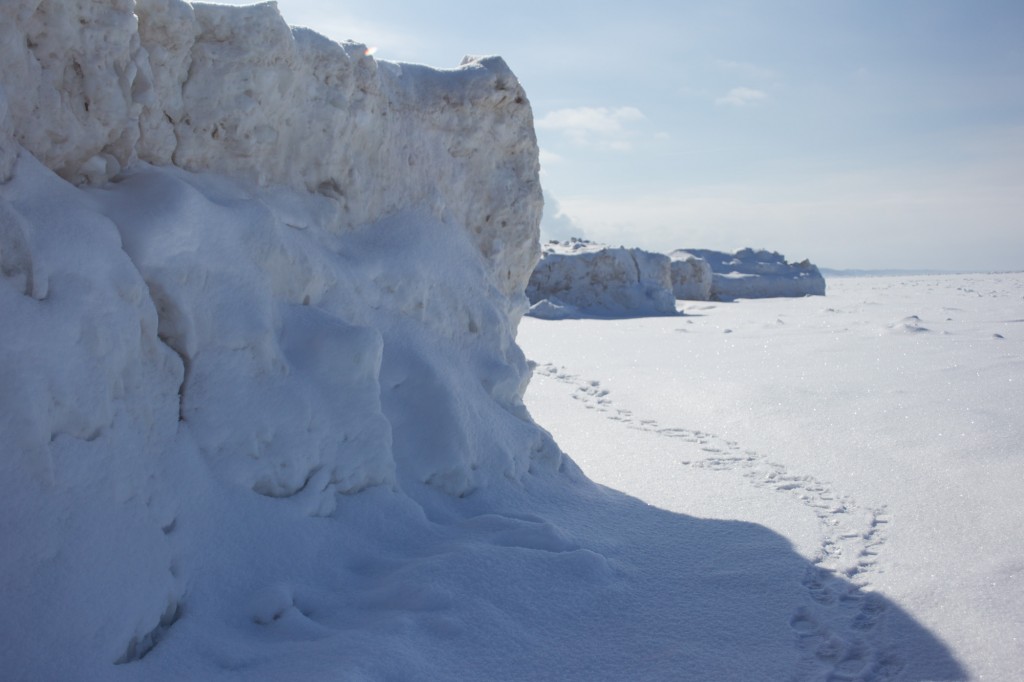 the waves were much sandier than we expected 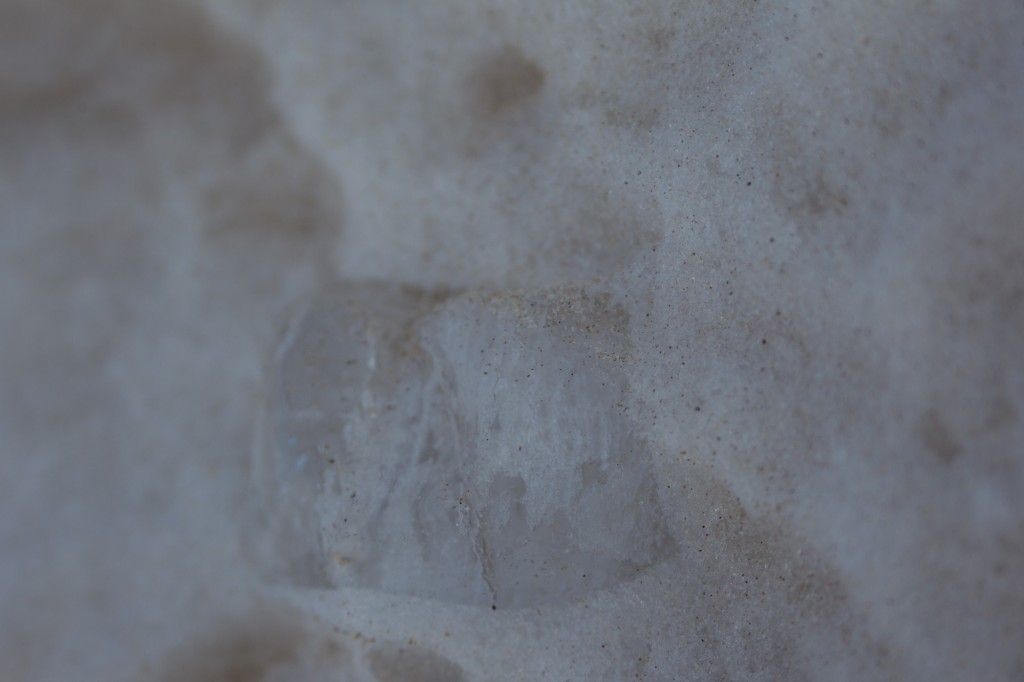 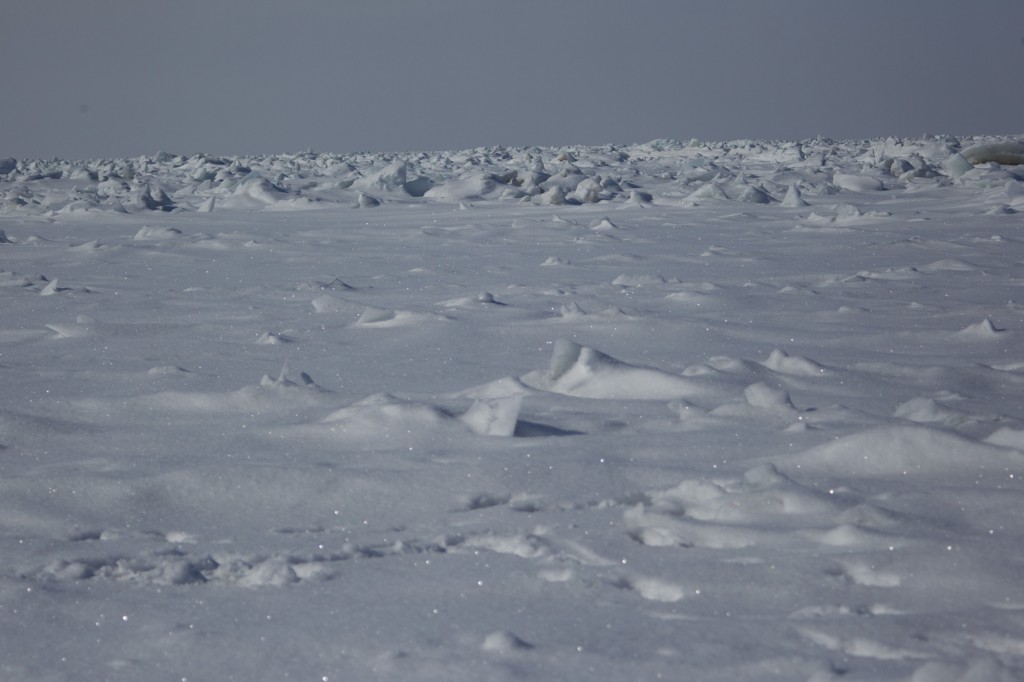 and of course, the beautiful, frozen lighthouse 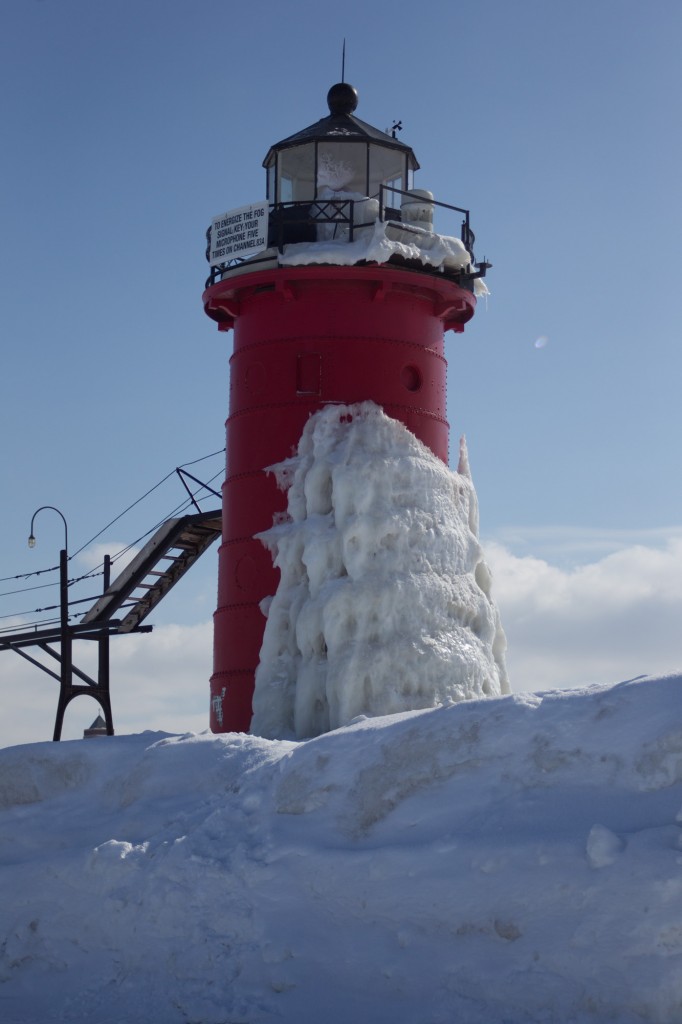 I wanted to go back and take all our friends, it was just that cool. Six feet deep of ice. My dad says Lake Michigan hasn’t frozen this much (at least 80%!) in 40+ years. I’m so grateful we got to experience it, something I’ll treasure for the rest of our days…and bring up in conversations I feel I lack contribution. What’s that? You bowled over 200 three games straight? (What am I talking about?? I have no clue what a good score is since I don’t play!) Well. I walked on a wave. (Although, to be fair, nothing can top walking on the moon.)