Posted at 18:08h in Winona Lake Adventures by The Redheads 9 Comments
0 Likes 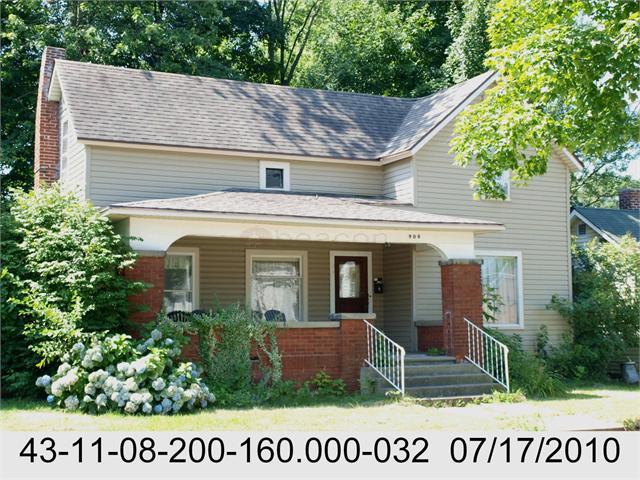 The first house we ever looked at we fell in love with.  The refinished hardwood floors, the updated kitchen, the newly-carpeted upstairs loft. So we got a realtor. And then we learned. Sure, the price is great–your resale value is quite small; the area is primarily rentals, and those finishes that you love are actually pretty mediocre. That’s when we realized we had no idea what we were getting ourselves into with this home-buying process. 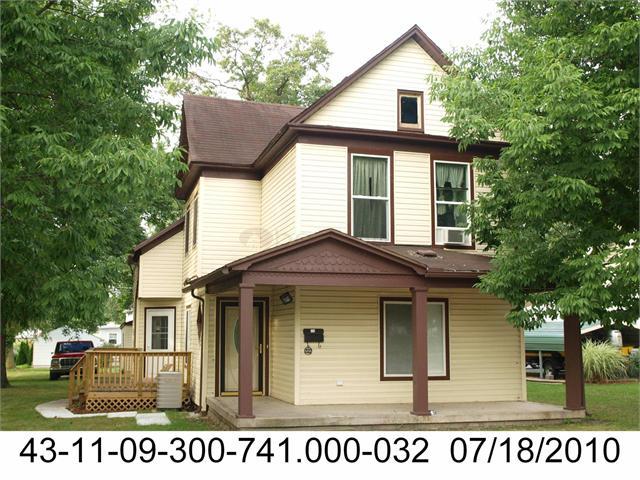 The first house we offered on was the scariest moment of our lives. We felt like children playing an adult’s games. We offered $15k less than asking price and still felt unsure that we could truly afford it. But in all our looking around, it has remained the best price per square foot, so it felt wrong to pass up this great opportunity. We pleaded with the Lord to protect us from this house if He had another one in mind.  Apparently, He did. The large house had been on the market for over a year with only one offer months ago. The day we placed our offer, another better offer arrived, and we lost our first house. 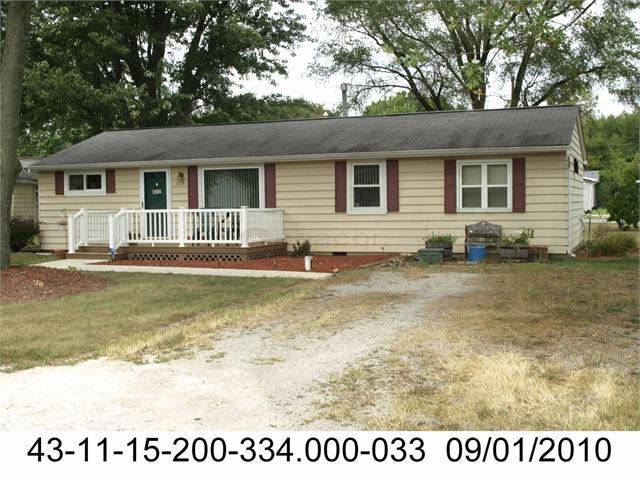 The second house we offered on was cute, tiny, and in our favorite town of Winona Lake. It offered a big backyard and four (small) bedrooms. It was a very manageable price with very little updating needed. We worked long and hard to arrive at a number just a few thousand below asking price. The day we offered, three other offers came in, and that night our realtor informed us that if we wanted this house, we would need to offer at least asking price. We thought we could probably afford to up our offer but asked to tell her officially in the morning (like the good Dave Ramsey followers that we are). The seller, however, wanted to make the decision that night, and so we lost our second house. 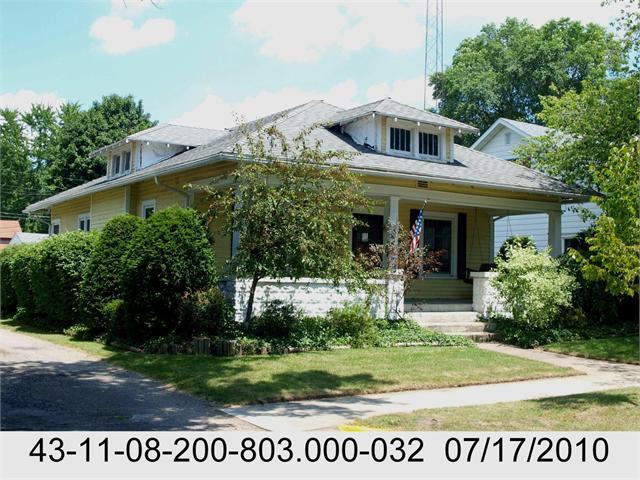 The third house we offered on was the one. We shouldn’t have even looked at it, because it was $30k above our price range. But since it was a for-sale-by-owner, he begged us to look at it anyway and said he may just consider our price if he got desperate enough. 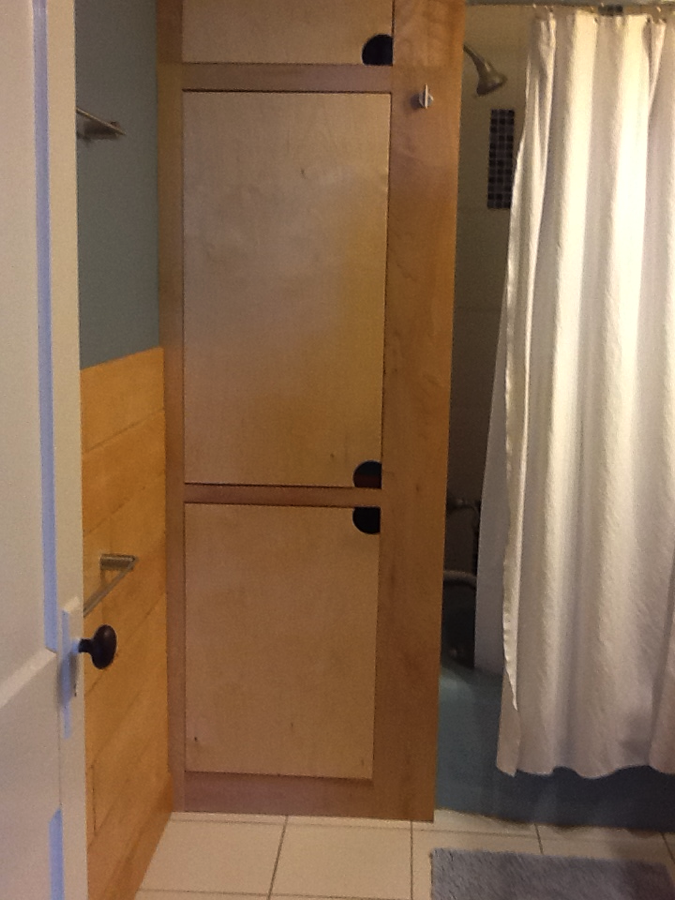 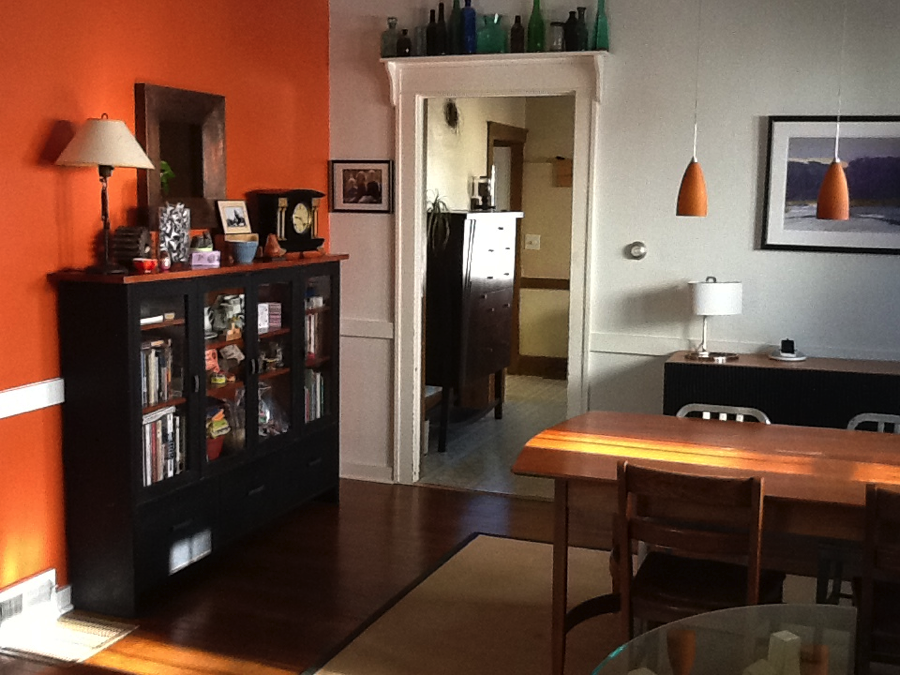 The homeowner designed furniture and had put much work into the house. His modern style spoke to the graphic designer in James and the clean-lined simplicity in me, and yet there were still areas in which we could place our own mark. We put in our low-ball offer, and he politely declined. Late one night a month later, we received a surprise text, saying if we could up our offer $2k, it was a done deal. As we were already stretching ourselves, we said we probably shouldn’t, but after some parental counsel, we realized we just couldn’t let this one away from us for a mere $2k. We texted, then called the seller but could not get ahold of him. When he finally called back, he said life was busy and could he call us back in two days? We were curious by this request but were confident in one thing—we’d just bought our first house! We spent the two days mentally arranging rooms and thinking through priority fixes, until we finally received a text letting us know that in the time between us declining and accepting his new offer, he had found someone else. Someone else. Someone else would be living in our home. We were devastated. A month later, I watched a moving van unloading in front of our house…and it wasn’t us. But despite our sadness, we knew that God was in this. 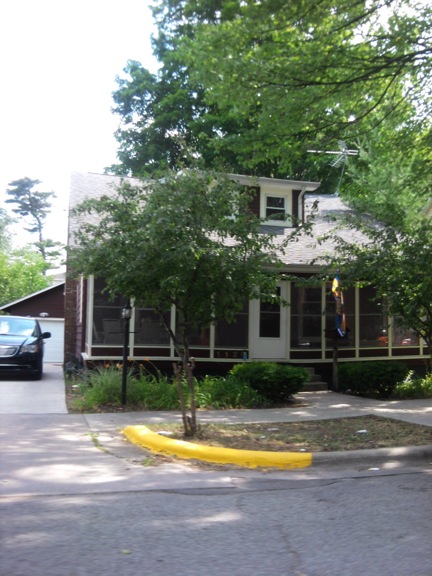 The fifth house we offered on (I know fourth is next; just stay with me) was just one block down the street from the previous house. Our landlord had come over to our apartment to fix something, and I watched so that I could know what to do when we were homeowners ourselves. That peaked his interest. “Oooh, what are you looking for?” he asked. He had a renovated a home two years ago and was hoping to sell it, although he had not yet placed in on the market. We looked at it that weekend and were enamored by the front entrance–an enormous living room. See for yourself. 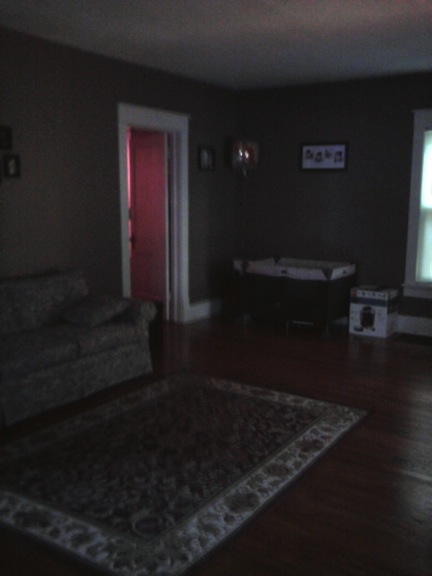 This is half of the living room!

Three days later, when we were planning to place an offer, another house on a double lot in our lovely Winona Lake appeared on the market. 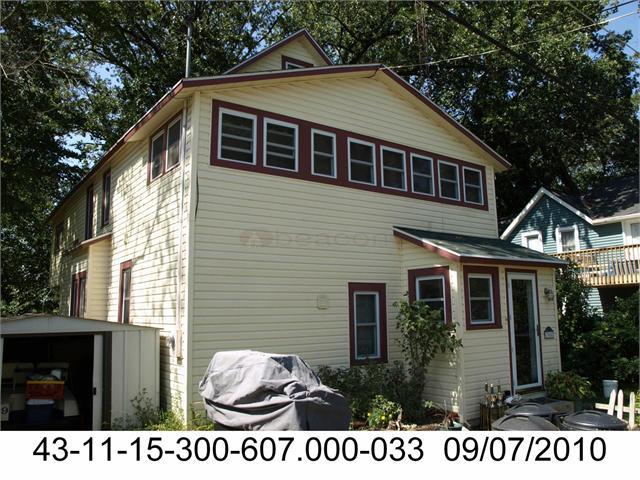 We looked at it that day, went back that evening with Construction Friend John, and placed an offer the next day. This was our fourth offer. But we hadn’t told our landlord that we were looking at another house, and he wanted our feedback on his house. We postponed giving him a definitive answer for over a week, while we pestered the Winona Lake seller (an investor) for a response and while other offers kept coming in. Finally, after ten days of hearing nothing, we removed our offer and called our landlord back to place an offer. Ten minutes after making a verbal contract with our landlord on House Number Five, we received a call from our realtor letting us know that the Winona Lake home investor would be reviewing all offers the very next day. What?! We spent hours that night talking through each house room by room. The next morning, we were exhausted but united: we’d leave our offer on the red house. We believed it was God’s house for us.

And it was! We’re moving in a week from today!

We had an interesting experience finalizing the deal with our mortgage company (read: we don’t have a credit score), but I’ll save that for another post. To tide you over, here are some of our favorite features of OUR NEW HOUSE!

• it’s red: so now we are the redheads in the red house
plus, check out that amazing screened-in (glassed-in!) front porch

• separate dining space: we don’t have to put our table away! 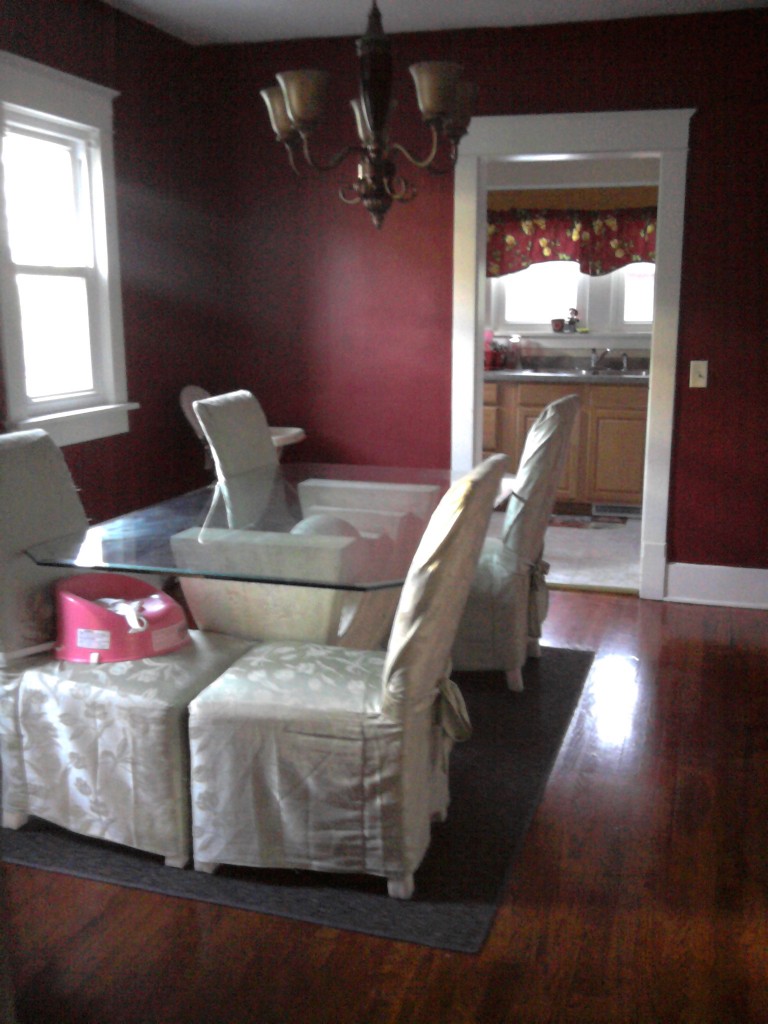 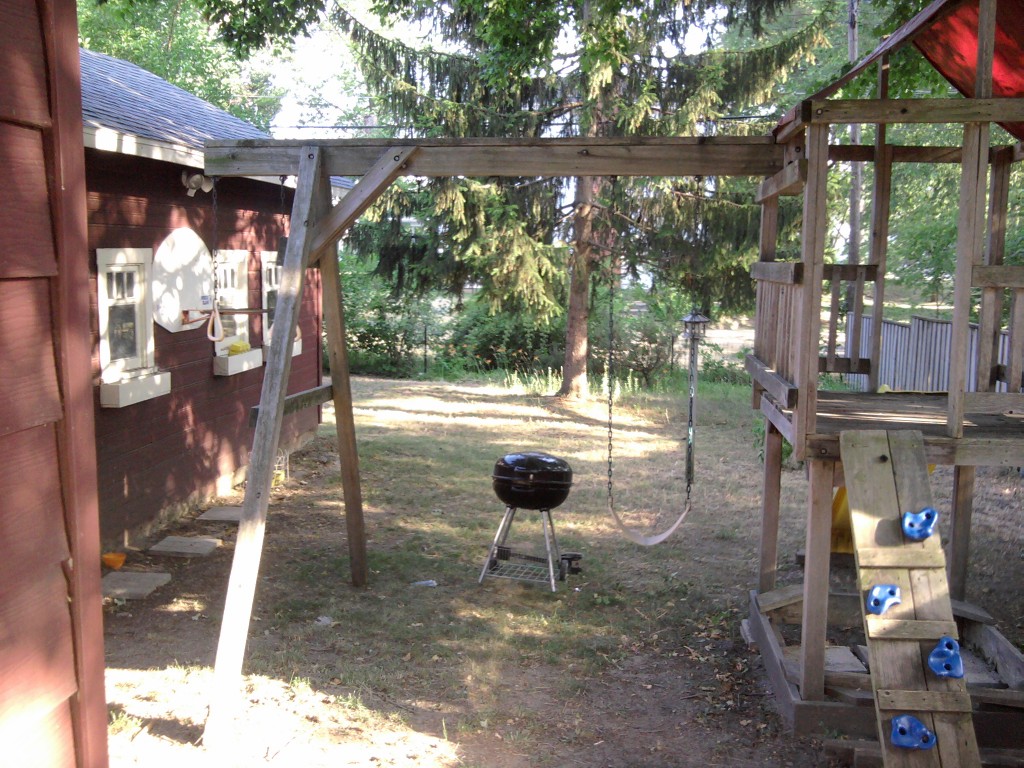 • a loft with endless possibilities 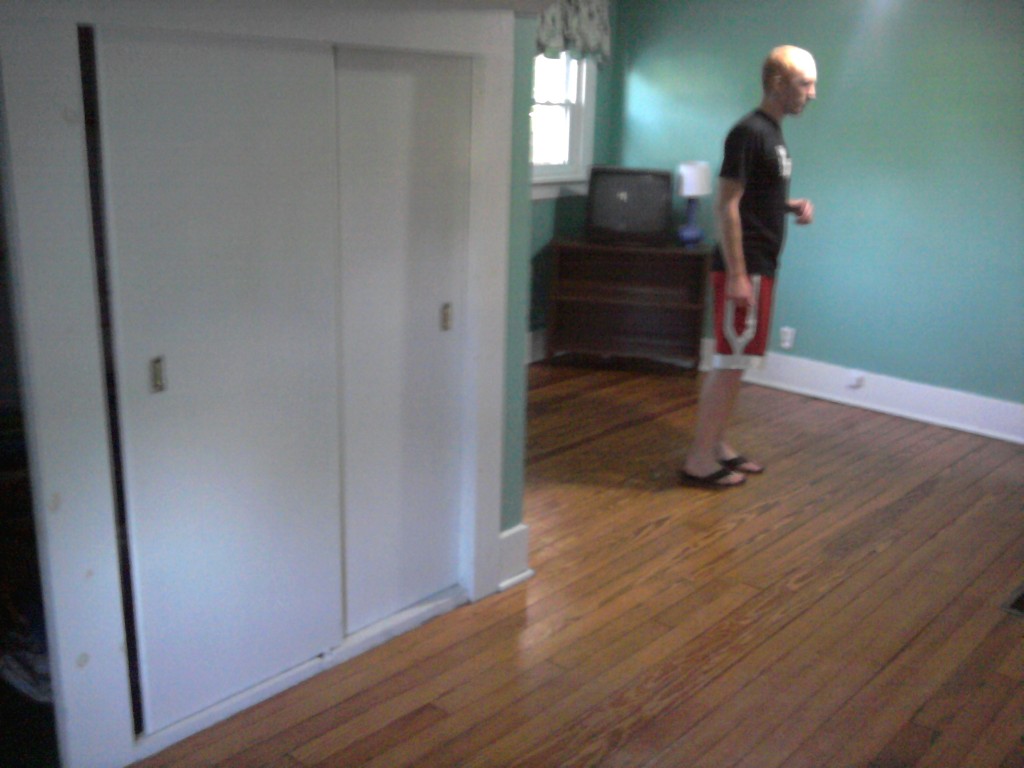 • a basement for TV time and overnight guests

• neighbors with whom to share the good news of Jesus!
(it’s town living; we’re close to our neighbors, for sure!) 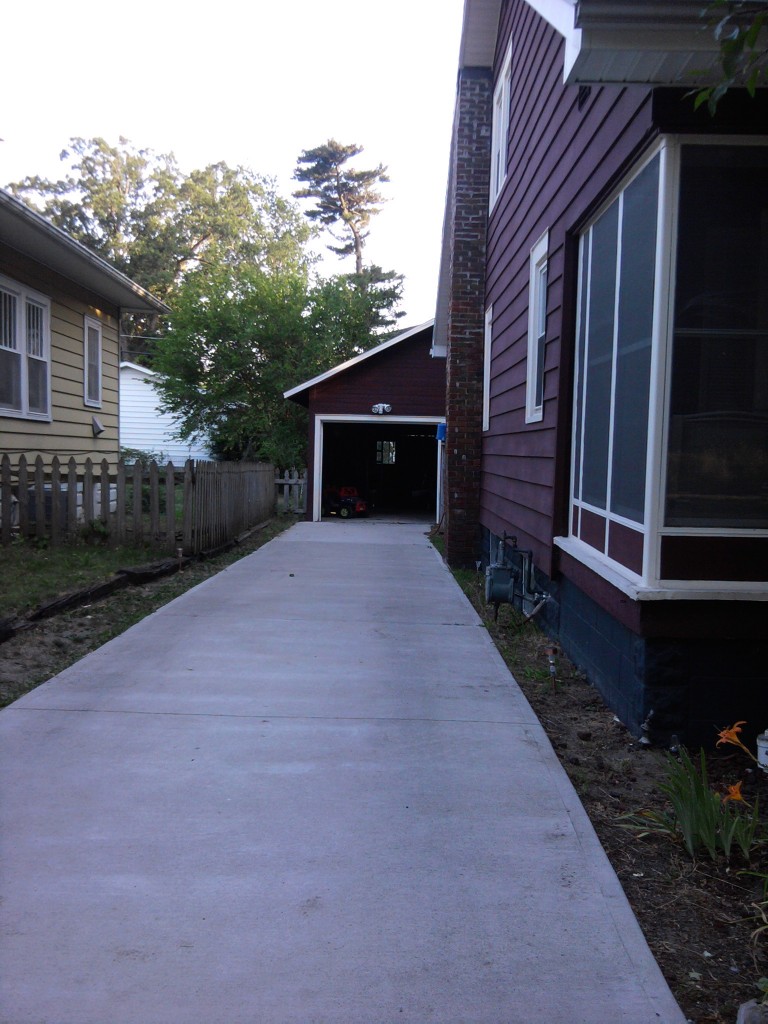 It was a long process–11 months since we first started looking at houses, and we are thrilled to finally talk about it in the past tense. But we are also thrilled to know that the Lord has guided us through this process and very clearly said no to so many of the ones. We’re so thankful to be under His direction and can’t wait to move in and share our new house with you!